The white elephant of the keyboard controllers, 32 and 37 key MIDI controllers are the rarest key configuration. Leading the way in 2022 is the IK Multimedia – iRig Keys Pro as well as a keyboard from one of our favorite brands, the Arturia KeyStep.

Splice Sounds, an audio engineering membership that offers over 2 million loops, one-shots, sound effects and more. Splice Sounds will set any musician up with all the technology and tools needed to give the audience what they came looking for. Free Trial For Audio Assemble readers.
Free Trial
Buy Now

As the rarest key configuration available in the world of keyboard controllers, you generally expect companies to do something special for any line that includes a 37 key MIDI controller in the line. 37 keys say that a user needs to save some room yet have an octave separate your two hands to truly have the dynamic range of multiple octaves. 32 key keyboard controllers imply that a user needs something portable with a few more keys than what a 25 key model would include, it also implies you’re not annoyed by mini-keys, because almost all 32 key models have mini-keys

For this list, we will move through the best 30-something keyboard controllers that are still available to the public, even if it’s bought through a private sale. Here are the best 32 and 37 key MIDI controllers:

Also, make sure you also read our post on What is MIDI keyboard? 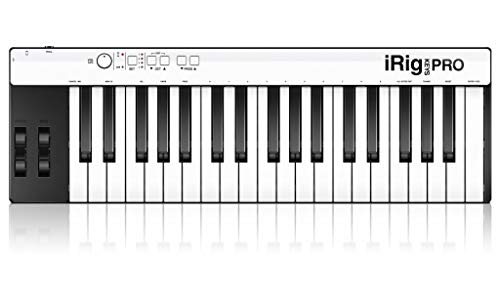 You may be surprised to know that one of the best 37 key MIDI controllers was made for your iPad. IK Multimedia – iRig Keys Pro from their iRig collection was the first MIDI controller specifically made for iOS devices. The iRig Keys Pro does a lot right from IK’s years of practice, the switch from mini-keys to full-sized keys is possibly the most notable of the biggest improvements in the pro edition of the iRig Keys.

As the first keyboard controller made specifically for iOS devices, the iRig Keys Pro is compatible with Apple’s Camera Kit straight out the box and even though it may have been made with an iOS first focus, it will work with your full desktop or laptop system. Because the iRig product family is all daisy-chainable, add in the iRig Pads to have a full-blown beat making station.

The only mini-key using 32 key MIDI controller of the two on this list is the Arturia KeyStep. At first glance, the KeyStep may not look like much, but there is a lot hiding beneath its unassuming exterior. As is customary for Arturia products, the KeyStep has one foot in the future while the other is firmly planted in the past. The only controller in the set that can control analog synths, the KeyStep has 3 CV outputs, 1 in/out Sync with USB and 5-pin MIDI outputs.

If you’re looking for something both fun and functional with a side of hardware control, the KeyStep is the only 32 key keyboard controller for you. 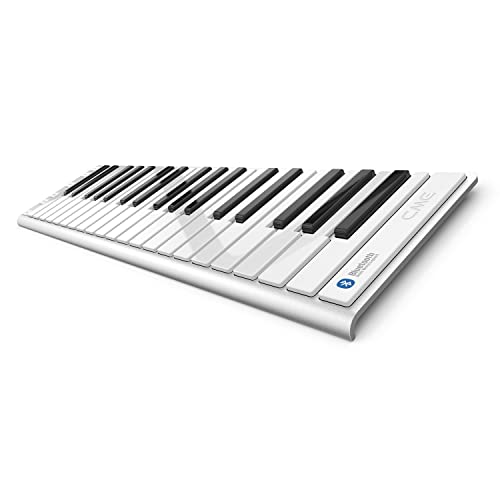 Just because a controller is standard doesn’t mean it’s run-of-the-mill, and that holds true for Artesia XKey 37. The XKey 37 is a 37 key MIDI controller, nothing more, nothing less. It get’s the job done and serves its purpose as a straight forward playable keyboard control that won’t take up too much room or break the bank.

The minimalistic 37 key keyboard controller is 20% lighter than the smallest MacBook Air, and following Apple’s dongle based playbook, it includes the brands new Xcable which allows for both Sustain and Expression pedal inputs. The keys are full-sized, it includes after touch, and it includes enough programmable buttons to control whatever you think is missing. Did I mention it’s iOS ready?

Roland’s A-Pro series includes some of the most solid keyboard controllers to-date, and the 32 key A-300 in no exception. Breaking from its competitors, the Roland’s A-300 houses full-sized velocity-sensitive keys that that function like Roland’s synths in the same key range. Aside from it having a great bed of keys the A-300 hundred has a host of programmable knobs, dynamic drum pads, faders and more. This little guy packs a punch. 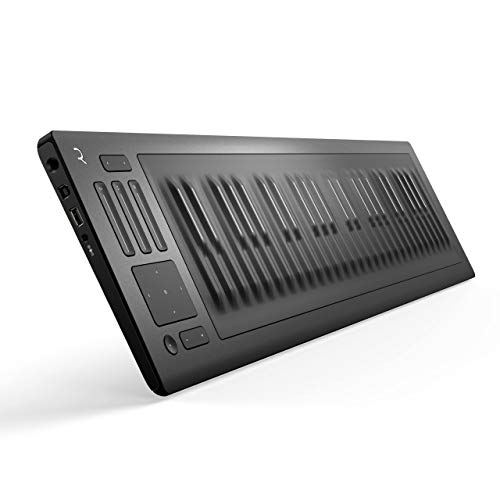 Like its equally unique Rise counterpart, the ROLI Grand is a 49 key MIDI controller that really has no peers. The truly unique ROLI Grand is made to sit somewhere between production and performance. It’s unique look makes it a piece for a showman, but its tactile functionality makes it a one of a kind (or 2 of a kind if we’re going to count the Rise a completely separate entity) keyboard controller, and truly the only 49 key MIDI controller of its kind on the market on the market.

What sets the Grand apart from the Rise are a few specific choices that you have to make when choosing to buy one or the other.