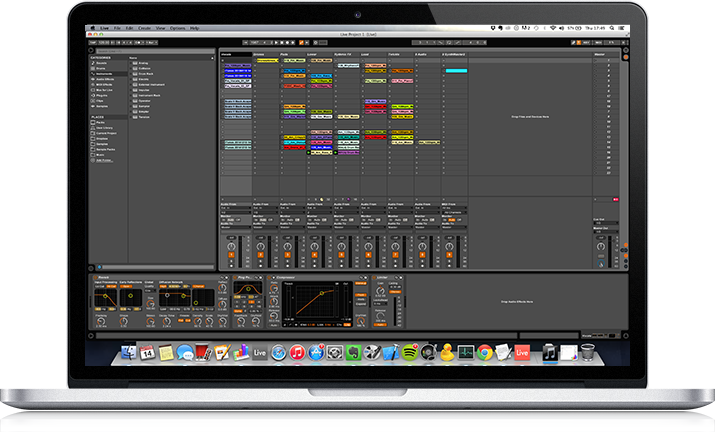 
Sample subscriptions services are nothing new, I personally subscribed to my first sample subscription when I was around 15 years old in the form of Computer Music, before the advent of the age of digital audio production in the form of beat-making applications like FL Studio and Reason, producers, DJs and beat-makers alike loaded floppies or CDs into their favorite samplers, sequencers or MPCs to start on their next masterpiece. Now the art of crate digging is left to vinyl trueists and hiphop heads, but for the rest of us, we have the internet or something like a literal million different drum hits ready to go on an array of hard drives or cluttering our desktops.

These 5 sample subscription services will get you to where you need to be if you are included in any of the aforementioned categories these sample subscriptions will be a welcome tool that you’ll wonder how you ever lived without. So whether you are looking for a list of the best services, or are trying to compare say, Noiiz vs Splice, the following information should be very beneficial.

Splice Sounds, an audio engineering membership that offers over 2 million loops, one-shots, sound effects and more. Splice Sounds will set any musician up with all the technology and tools needed to give the audience what they came looking for. Free Trial For Audio Assemble readers.
Free Trial
Buy Now


Every producer wants more sounds; whether it's the new clap to hit the radio or an 80s tom fill, a producer can never have enough sounds and these sample subscription services will cure your itch for that new sound in the latest earworm.

The blueprint for the modern sample service with a genius UX that is so straightforward that it seems insane that people ever did it any other way. Splice boasts exclusive packs from music production heavyweights like Just Blaze (Jay-Z, Lenny Kravitz), MdL (Justin Bieber), Deadmau5, KSHMR (Selena Gomez, The Cataracs, Dev) and Dot da Genius (Kid Cudi) to name a few. Backed by a few new money music industry tycoons, Splice shows no signs of slowing, and it might be one of the best things that ever happened to modern music production.

Type of Sounds: Every genre imaginable powered by some of today’s biggest names in a multitude of genres.

Number of  Sounds / Plugins: A library of millions of sounds including one-shots, drums samples, loops and an array of presets for VSTi like Massive and Serum

Who is it for? Producers at any level of their career, DJs who use triggers and even sound designers and soundscape artists.

Start your free trial on Splice

The newest kid in town of the sample subscription service industry is actually a pretty old player in the world of sample library creation, Samplephonics. Picking up where Splice left off, Samplephonic’s Noiiz takes the UX of the former and amps it up a notch heavily promoting the libraries from which their sounds are sources, mainly things that have long been forgotten from the company’s illustrious catalog.

Most-likely heavily undercutting whatever deal they struck with Splice, as I am sure will be done with whatever agreement was made for Loopmasters original content, Noiiz offers plans that allow subscribers to outright download their entire library, for fractions of its original cost with its Unlimited plan. Even with Noiiz’s monthly plan, the company’s lowest tier, the outright cost of one of Samplephonic’s single packs would cost more than the monthly subscription, while still leaving another gigabyte or so of downloadable data still to be desired. The best thing about Noiiz is that you can cancel at any time and still keep everything that you downloaded, forever.

If you love what Samplephonics does, and they do a lot, this could be the perfect sample and preset subscription for you.

Type of Sounds: Everything from Future Pop to found percussion.

Number of Sounds / Plugins: There isn’t a number that I can find but under preliminary searches, it’s somewhere in the ballpark of 150,000+.

Who is it for? Music Producers, Composers, Sound Designers, Foley Artists and everyone in-between.

I know what you’re saying “Loopcloud hasn’t even come out yet, how could it possibly be number 3 on your list?” That, for me, is a no brainer. Before Splice, there was one audio sample marketplace that reigned supreme, and that was Loopmasters.

Type of Sounds: Loopmasters’ Loopcloud will probably be a bit lacking in its housing of pop kits since it has always had a primary focus on dance music, but with the current state of music that shouldn’t be a problem. Loopmasters has always been on the cutting edge of genres, so there should be no problems.

Number of Sounds / Plugins: The power of the full Loopmasters library, i.e. millions of sounds.

Who is it for? DJs & Music Producers

Packages: Have yet to be released but we’ll update and go over the full system the moment we’ve finished a beta run.

Probably the least known company on the list unless you underground house music is your premier production focus. Rankin is really “best-in-class” when it comes to all things Bass Music, and the darker side of House. If you need something that is always forward thinking, Rankin is the place for you.

Type of Sounds: Unlike the “mix and match” quality of all of the sample subscriptions services thus far, Rankin Audio has split up its subscriptions by genre. The genres originally available for subscription were House, Dubstep, Garage and D&B with the latter 3 being condensed to Dubstep and D&B which then allowed for the addition of their Complete Package which is a mix of both.

Number of Sounds / Plugins: The number of monthly sounds is completely unknown, but it is pre-curated monthly and only available to those on the subscription plan for a minimum of 3 months before it will be publically on sale. All that is given about how many sounds come in their monthly care package is that there are no fewer 200MBs of material included, which is seemingly doubled in the Complete subscription package.

Who is it for? DJs & Music Producers specifically in the realm of dirtier House, and UK imports like D&B, Garage, and Dubstep.

My first sample subscription, and also countless gigs of space taken up on the hard drives that I will probably never use. If you are looking for a place to start your bought sample library but also jump headfirst into the world of music production Future Publishing’s Future Music and Computer Music are a great place to begin and can be picked up at your local Barnes & Noble or local big box bookstore.

Type of Sounds: Because Future Publishing is based in the UK their sample libraries tend to lean toward UK styles like Dub, Grime and the like but this doesn’t mean that there isn’t a lot here to really explore. Every month comes with a baseline of about 4 gigabytes of samples a month, sometimes going all the way up to 10 gigs of amazing content including samples, sound design tutorials, and masterclasses of their own.

Number of Sounds / Plugins: Ranges from issue to issue, but generally 4 gigs of content.

Who is it for:

Get started with a FREE account from Splice. You'll gain access to thousands of samples, sample packs, plugins, and more.