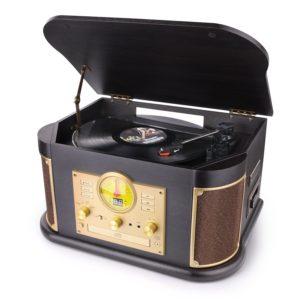 Records are one of the oldest forms of enjoying music that is making a comeback today. It’s an advanced version of the original wax cylinders that Thomas Edison used to record sound. One of the first things ever recorded actually was the poem “Mary Had a Little Lamb.” Unfortunately the original recording was not preserved but that is to be expected since it was actually done on tinfoil. But we have advanced all the way to the record, then cassettes, then cd’s, all the way to digital forms. There are some record players than can convert the analog to digital onto your computer for use in itunes such as the Audio-Technica AT-LP60BK and the 1byone Suit-Case Style Turntable. Now, what was old is new once again with the surge back to enjoying records. I’ve even been to a couple of pop-punk and hardcore shows that the bands were selling cassette tapes so you can’t say anything is completely dead.

Vinyl is one of the purest forms to enjoy music as it is true analog rather than relying on conversions of digital information. In every conversion from analog to digital or digital to analog there is information lost (which is where we get the term “sample rate”). I myself love listening to records, I have music from Nat King Cole, B.B. King, as well as some newer artists and albums such as Lana Del Ray and Greta Van Fleet. To give an example of the beauty of listening in analog, I once was listening to an original release of the Star Wars soundtrack from “A New Hope” and I got to the cantina song. And when I listened to it outright in analog, I actually heard some instruments and sounds I had never heard before. Not to say this is all attributed to being played off of a record, but it is a reason why I like to listen to analog. You get to experience it in a whole new way.

All of that being said, we’re going to take a look into some great options for record players while keeping the budget under $200. 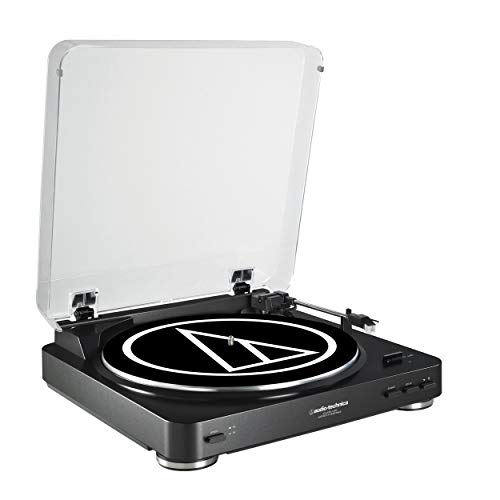 This is actually my personal record player and I have to say I love it. I also have multiple friends who have this same one as well who have been listening to records for decades. One feature that makes this stand out from the rest is its usb function out of the back. It can send signal to a DAW to capture the sound directly from the record turning it into a digital format. This makes it perfect if you have a record that was never converted into other formats down the road. 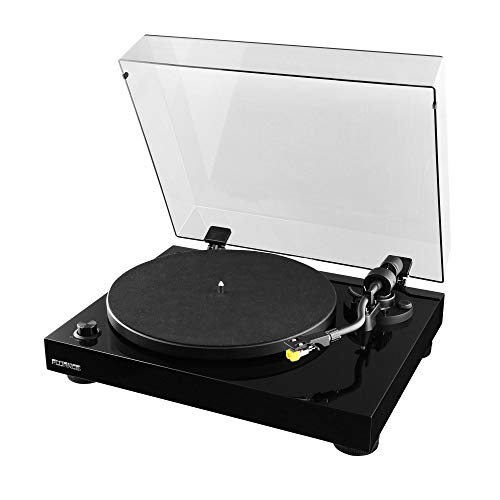 One of the highest rated record players on Amazon, the RT80 provides great quality playback for your collection of old or new records. This record player is different on the others on this list, because it has a built in preamp (which can be switched on or off) but no built in speakers. This just means it can be used with active or passive speakers. 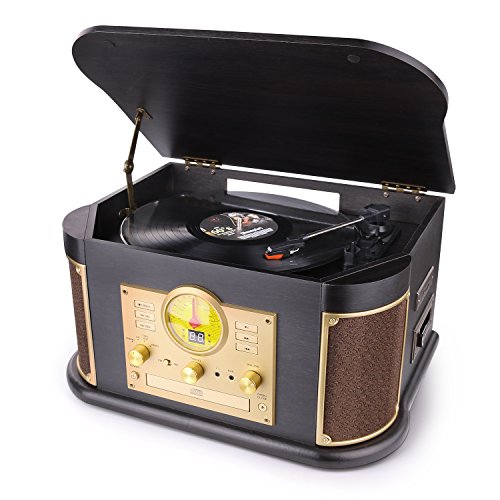 Now the combo record player just means that it is able to do more than just play records. This one has the options for records, cassettes, cd’s, radio, ⅛” in, as well as bluetooth compatibility. One other option on this turntable is a USB plug where you can input a memory stick and it automatically converts the records on to it digitally. 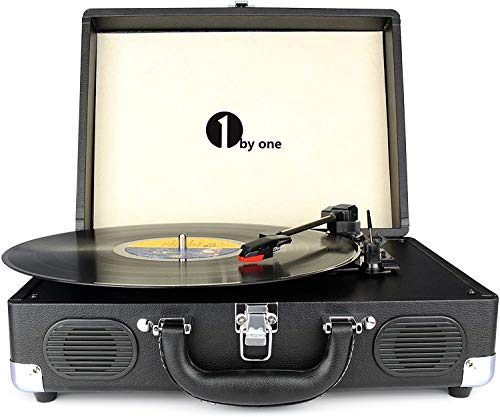 This is a great option for a portable record player if you want to enjoy your vinyl while in a hotel or somewhere else when you are on the road a lot. Similar to the last turntable, this one has an option to save the record digitally on a USB memory stick as well as having a bluetooth and ⅛” inputs. I will not count this one as having a cover though since I would not suggest closing it while playing a record, and the cover is geared more towards protecting the needle and base for travel.