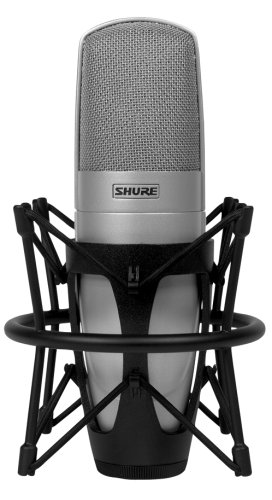 Welcome to Part 5 of the Best Recording Microphones series, where we get a brief summary of some of the best mics for different instruments and some patterns to try out while using them. This article in particular is focused on recording acoustic guitars. There are lots of applications in almost every genre of music so knowing some of the best ways to capture that sound is extremely important.

We’ve all listened to some of the most iconic acoustic guitar songs. Songs like “Wonderwall” or “Dead or Alive” come to mind when I think of acoustic driven songs that have made their mark. But there is still an acoustic guitar presence in the music of today. Sometimes it is only in acoustic covers of the original song but even still, it’s something. There are still acoustic songs in pop and rap inspired artists. On Post Malone’s Beerbongs and Bentleys album he features a song named “Stay.” Throughout the entire course of the song, he is accompanied primarily by acoustic guitar. Then of course who could turn their back on music from Ed Sheeran who is keeping the singer songwriter style alive. Looking at those 2 artists though, they require very different sounds that com from different recording styles and techniques.

So there are 3 basic methods when it comes to recording acoustic guitar in my opinion. And there is always the option of adding onto them. The first one is simple, take whatever mic it is you are wanting to use and put it about 1 to 2 feet away from the acoustic pointed slightly off of the sound hole onto the neck. Never point the microphone directly at the sound hole unless you are going for a very rumbling, boomy sound. A way to add on to this is adding a second mic (generally a pencil condenser) point down at the bridge at the opposite side of the soundhole from the first mic.

The second method I suggest using is the same as one of the electric miking techniques. Take 2 microphones (generally a matched pair of wide diaphragm condensers) and face one at the guitar in a cardioid pickup pattern. The second sits just above the other, perpendicular to the first mic, in a figure eight pickup pattern. This technique is great for more open feeling styles.

The third and final technique I would suggest using is an XY pattern. Generally, this is done with 2 matched pencil condensers. Below you will see a diagram from DPA Microphone’s website. You can find the whole article here. It is extremely informative and I would suggest it to anyone looking more into recording with this method. This method requires that the microphones sit at a 90° angle from each other, and generally one is placed over top of the other. The placement helps prevent phasing, but occasionally you will need to hit the phasing switch so they do not cancel each other out. 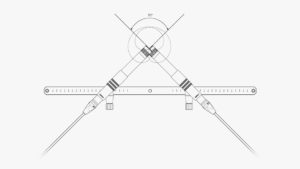 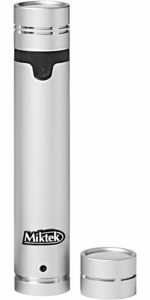 Bringing back one of my all time favorites, the Miktek C5. Not only was this a great overhead microphone, it gave me some great acoustic recordings. It can work well on its own or in a pair or even in combination with other microphones. One of my favorite patterns with this is using it in an XY pattern with itself. 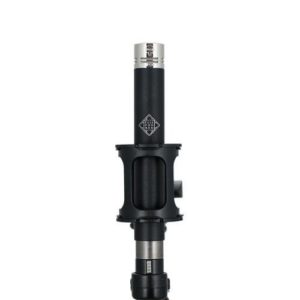 I’ve heard this used on a microphone alone. The engineer positioned it between the 12th fret and the soundhole of the acoustic and for some reason it surprised me at how great it sounded with so little eq or compression. But this is an amazing mic from a company you can trust. Telefunken has been listed multiple times already and I haven’t shown all of the amazing microphones and products they have come out with over the years. 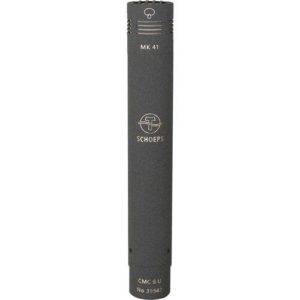 Schoeps is a German company that has been making its name since 1948, and they have done an amazing job at it. If you have a Schoeps in your mic locker, you will be able to record and create some of the most beautiful music. 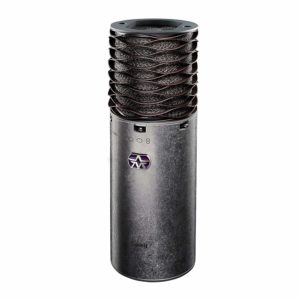 Aston has been creating amazing products since the release of the Origin microphone. The Aston Spirit is the second microphone they released and it was an amazing sequel. It has 3 pickup patterns as well as a low cut and built in signal pad. I have used mine on acoustic over and over again and I cannot find a complaint. The best placement I have found for myself is facing just up the neck directly next to the sound hole. 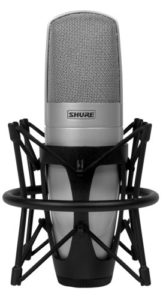 This mic is great especially for classical and finger picking. It has a very sensitive feel to it. When I was at my university, we would use these to record the classical recitals for almost every instrument and it always provided a clean natural sound to it.

So back when I first started recording in a studio in school and I finally had access to high quality microphones, I used this on acoustic not knowing what I was getting into at all. I kind of placed it in front of the acoustic not directly at the sound hole but close. All of this to say by some dumb luck I recorded an amazing acoustic take that my professor loved. And from then on, this has been in my top five choices whenever I am recording an acoustic track.