Eminem, Marshall Mathers revealed on his Instagram of the 19 track album to be release on December 15, 2017. Recording and mastering has been in the works since 2015 with almost every track featuring a collaboration. The pre-released song “Walk On Water”, Eminem’s flows in his iconic flawless, clear and fluid style while Beyonce’s ballad chorus reminds us of how Eminem can blend any two genres of music. The track was listed on YouTube 3 weeks ago and is close to reaching 45 million views. This is the first full album released by Eminem since The Marshall Mathers LP 2 in 2013. 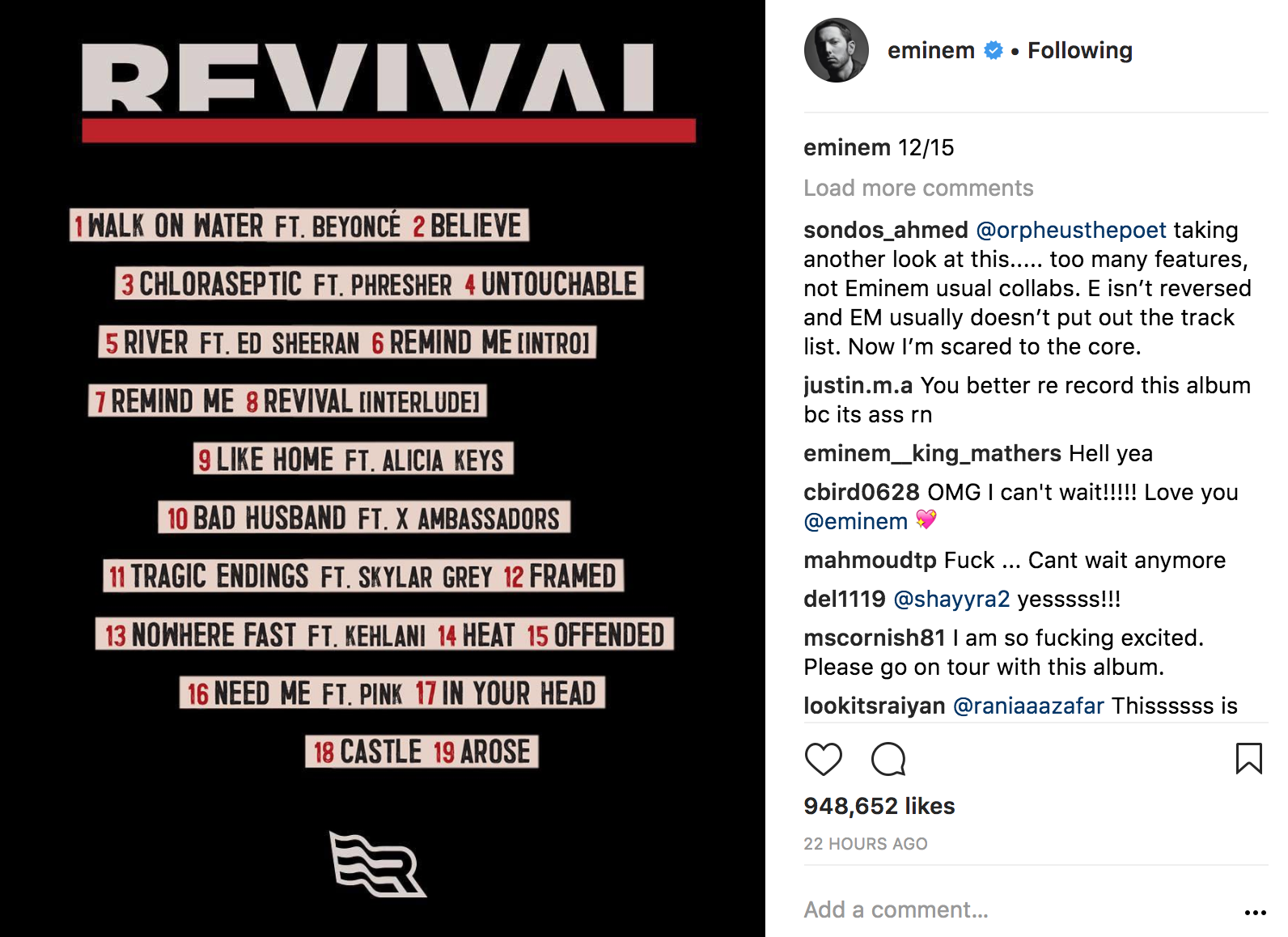 Recorded under Mathers record label Shady-Aftermath-Interscope the artist reveals one of the longest anticipated albums. I’m literally jamming to songs from 1999 to 2017, Eminem is untouchable when is comes to remaining current while staying true to himself. Em is also one of the best live rap performers ever, while others resort to sweetener tracks or voiceover, Eminem always performs live. His recent SNL musical guest appearance with Skylar Grey mixes “Walk On Water”, “Stan”, and “Love the Way You Lie”.

I know I am not the only one expecting a tour from this album. Mathers did a few live shows this year in the UK we are hoping Mathers brings the same energy back to the US.