Whether you’re playing the best guitar for beginners, or a dusty old rat’s nest, changing the strings on your instrument will give it a new lease of life with a clear, articulated sound.

Guitar strings are a component of the guitar that is often overlooked for their impact on sound and feel.

Ultimately, it’s all personal preference, subjective. As with many elements of music, there is no right or wrong when it comes to changing guitar strings.

Although, understanding how and why guitar strings should be changed will help you to develop your sound as a guitarist.

How do I know when to change guitar strings?

Realistically, you can change your strings whenever it feels like time.

I have an acoustic guitar that I’ve managed to keep the original nylon strings on for over 10 years! Worn-out strings have a certain dark, muted tone that I sometimes prefer over the sound of fresh strings. I wouldn’t change the strings on this guitar until they break.

It partly depends on your musical tastes. If you want to play with a bit of a darker sound, there’s no need to change guitar strings until they are unusable, if you are happy with the sound.

Adding new strings can bring new brightness and clarity to the guitar, which may not be to everybody’s tastes.

Whether your playing 12 string or 6 string guitar, strings need changing once in a while!

There are a few different indications it’s time to change your strings.

Strings are worn out:

Strings can become thinned, rusted, or generally worn. If the strings look like they have blemishes or scratched marks, it might be time for a new set of strings. If the strings feel dusty, greasy, or dirty, then you might want to change them.

Over the hours of playing, the oil from a guitarist’s fingers will start to sink into the strings. Subsequently, more dirt sticks to this oil, becoming embedded in the tightly wound coils of the outer layer of the string.

This dulls their sound, removing some of the high frequencies. This makes it harder for the player to create clarity and certain articulations. Unless you are seeking a duller sound, this is an indication it’s time to change strings. The new set will give a brighter tone. Using coated strings will slow down this process.

When a string breaks on a guitar, it might be wise to change the full set, rather than just the one that broke.

Unless you have a spare string from the exact same string type package, avoid replacing 1 or 2 strings at a time. This will create inconsistencies in the tone and feel of a guitar.

Mixing old and new strings can create tuning issues and sounds wonky. The new strings will have a brighter sound than the old strings and will pop out, sounding a little out of place. This is why I recommend changing the full set if you can.

Even if you hate changing strings, replacing the entire set with the same strings has a much more consistent final sound.

Bored of the sound:

Another good reason to change your guitar strings is purely to find a new sound and feel. Changing the gauge, manufacturer, winding type, material, or anything about a string will have a big impact on the feel and sound of a guitar.

Thinner string gauges have a twangier, brighter sound, with a lighter, softer feel.

The winding type is another element to experiment with sound.

Flatwound strings have emphasized lows and mids, with a diminished high end.

Roundwound strings have more detail in the high frequencies.

Why You Need To Change Your Guitar Strings

There are a few good arguments for changing strings.

Feel: old strings sometimes don’t feel nice to play. Strings wear out and can have jagged edges or loose bits of wire. Thinner steel strings and wound strings also go rusty, which feels as rough as it sounds. Playing rusty old strings can mess your fingertips up, and they are more prone to snapping.

Sound: The sound of old strings, particularly on electric guitars, can be dull, weak, even uninteresting. As strings age, they lose their harmonic overtones. This reduces the richness and brightness of their sounds, eventually nearly becoming a simple fundamental tone. You need to change your strings if you aren’t happy with their corroded sound.

Over time, the strings that get the most use will also wear quicker than the lesser-used ones. In my experience, the top and bottom string corrosion tend to happen first. This creates an inconsistent sound across the strings.

Gigs & Performances: Trust me, there are few feelings worse than snapping a guitar string in the middle of a live show. If you don’t have a backup guitar, it could be game over!

For this reason, it’s always a wise idea to install a new set of strings the morning or night before your concert. Leave a little time for the strings to break into the guitar and adjust to their new tension.

Deciding When to Change Strings

Deciding when to change strings will depend on several factors, namely how often, and why you use your guitar.

If you rarely play gigs, string changing doesn’t need to be so frequent. It could still be wise to change your strings every time you play a gig, but it won’t be as necessary. Personally, I’ve used the same set of strings on some of my guitars for years.

Anecdotally, I have a bass guitar I’ve had since I was 16 (about 10 years). Through that time I never broke a string, so they were never replaced. Last year, on a whim, I decided to replace the strings. There wasn’t anything that particularly prompted this. I actually liked the way they sounded, I just thought I should change them, as it had been years.

After I changed them, I realized that it had been a bit of a mistake. The new sound was bright, too rich, and full for my liking. I missed the simple, constrained, dull sound of my old strings… oh well, time to butter up my hands

How long will guitar strings last?

Good question… Asking “how long is a piece of (guitar) string?” will give you an answer with equal (un)clarity.

Fundamentally, the more you play them, the quicker they will wear out.

If you play guitar for a couple of hours every day, then strings could wear out every 1 or 2 months.

Professional guitarists who play for most of the day, most days of the week may be performing string changes every fortnight.

Using higher quality strings generally increases their longevity. One of my favorite ranges is D’addario NYXL, these are a little more expensive than average strings, but in my experience, they last longer, and feel and sound better than a lot of brands. 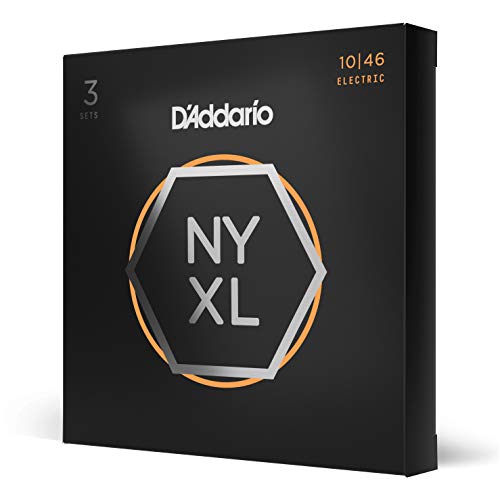 Nylon string sets have a shorter lifespan than steel-string or electric guitar string sets but are required for classical guitar sounds.

Will Changing My Guitar Strings Make It Sound Better?

It depends on what you think is a “better” sound, as that is a subjective term.

However, changing the strings does have some predictable results.

The low end is also affected as strings wear. New strings are going to have tighter, deeper, and cleaner low frequencies. The sustain will be more consistent and full sounding.

New strings will be able to go louder than old ones. Dirt and grease on old strings dampens their vibrations, making them quieter.

The flexibility of a new set will increase the amount of articulation power the guitarist has. Old dull strings have less expressive sound options, where new strings are conducive to coloration through playing techniques.

New strings can increase the dynamic range (dB distance between the quietest and loudest sound). The vibrations on old strings can become impaired by the dirt and wear, which creates a more condensed dynamic.

Changing the strings can open up more playing options by allowing a greater variation in loudness.

A new set of strings will hold tuning better than worn ones. Worn strings lose their strength over time, which reduces their ability to stay in tune. New strings will stay in tune a bit longer. Although there is an initial period where the new string takes a while to adjust to the tension of their new host guitar. For the first few hours or days, the tuning may slip a little.

Also check out our post about types of guitar necks.

What happens when guitar strings get old?

Guitar strings are constantly subject to forces which attack their integrity.

The first threat is the guitarist themselves. Guitar strings accumulate oil, dead skin, dust, and other dirt from the players hands and fingers. This dirt gets stuck in the small cracks of the winding, which interferes with the vibration and acoustic energy.

This can be cleaned with string conditioner or string cleaner and a soft cloth. It makes sense to clean strings every so often. Cleaning them also increases their longevity, as the acids in skin grease and dirt corrode the string material.

The second enemy is the atmospheric environment, namely heat and moisture. These two elements can quickly ruin guitars and strings if not controlled.

It varies from country and season, but hot, moist environments can cause strings to age quicker, provoking rust. Excessive heat can cause the metal to expand, which loosens the strings, reducing their ability to hold tension. Moisture is an enemy to metal, particularly if there is salt in the atmosphere. This is why it’s advised you always keep your guitars in bags or cases when they’re not being played.

Wear: The fretting process eventually wears down strings. After a while, marks and kinks appear in the strings where they are held to the fret wire. These degrade the clarity and consistency of the strings’ sound, and create weak points, vulnerable to breaking.

Tension: Strings constantly undergo a flux of tension and temperature. This eventually degrades structural integrity of the strings, lowering their ability to hold tension and tune.

When strings undergo this aging, they become weaker in many ways. They lose tension, they rust, they get dirty and dampened. All of these can create a duller sound, unstable tuning, and a higher risk of snapping.

How often should you change guitar strings?

There’s no hard or fast rules for how often you should change your guitar strings. Some players recommend changing strings after every 100 hours of use.

Some players, like Brushy One String, favor the sound of nasty, rotten strings, for their raspy, guttural tones, changing the strings as little as often.

Stadium touring musicians are known to have their strings changed by their guitar tech before every show.

In general you should at least change your strings every year. This gives you a chance to re-connect with the sound of a freshly strung guitar. Sometimes you get attached to the sound of your old strings, forgetting how fun it can be to play with a new set.

If you perform to audiences regularly, it would be wise to change your strings more often. This gives the guitar a better tune, and reduces chances of strings breaking.

Don’t feel pressured to change your strings for the sake of it. If you feel like it’s time, then go for it.

Here are a few tips I have for changing guitar strings from my own experiences. 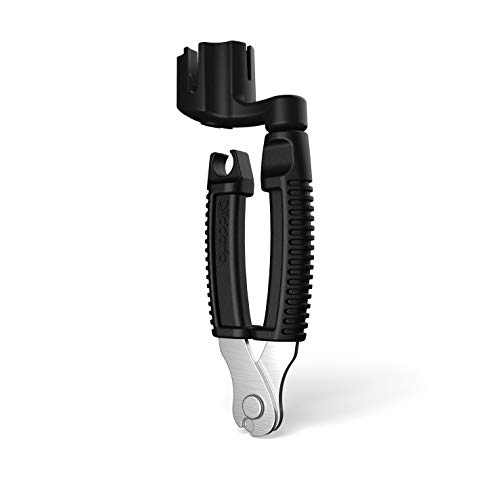 The Best Martin Guitar For The Money

The Best Martin Guitar Under $1000

The Best Martin Guitar Under $2000

The Best Martin Guitar for Fingerstyle