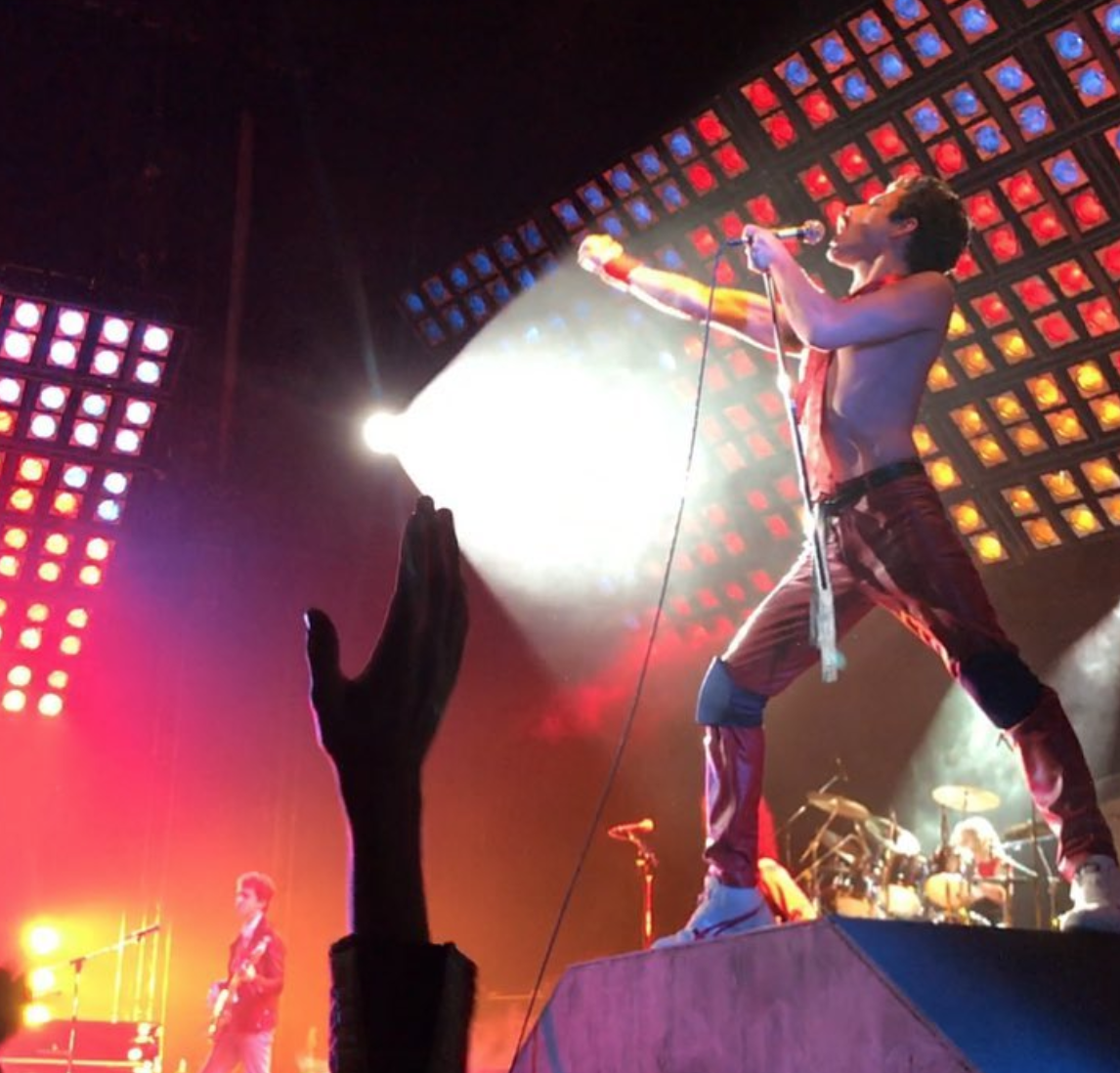 The Queen biopic produced by Fox and formerly directed by Brian Singer has definitely had it’s ups and downs when it comes to casting, creative differences, and all around vision. The production has considered many A- list actors to portray not only Queen’s front man Freddie Mercury but all of the band members creating the most believable authentic cast.

Most recently Brian Singer has been fired due to his absence on set the past two weeks as well as past truancies throughout filming. The productions cinematographer, Thomas Newton Siegel has continued to step in a direct to keep the production moving towards its December 2018 release. There has been no comment from Fox regarding a replacement of Singer.

The film will depict the band in it’s formation in the 1970’s until Mercury’s death in 1991. Bohemian Rhapsody will feature all of the band members and crew in a as true to history form as possible.

While filming Malek has a striking resemblence to Mercury and is taking on the rock legends persona while preforming. Malek is in vocal coaching at the iconic Abbey Road Studios in London. The film will feature Malek’s singing voice, Mercury, and a sound alike track during filming. Crazy that is takes 3 avenues to portray one man’s stellar 4 octave range.

British born actor takes on the role of Brian May, an original band member of Queen. Lee has acted on many British television shows but this would be his largest feature film role yet.

New York City actor has been in feature films since he was 5 years old. Mazello played in Jurassic Park as a child and had a major role in The Social Network. Mazello’s experience in film have lead him to earn his degree in  University of Southern California (USC), as a Cinema-Television major.

Hardy is coming off the role of Angel in X-Men Apocalypse Now and jumping right into to Bohemian Rhapsody to play drummer Roger Taylor. Hardy is an English actor who known for his television roles never showed much interest in acting until his late teens. Though considered “late” in entering the acting world Hardy completed his degree from The Central School of Speech and Drama in Acting.

It is confirmed that Mike Myers will be joining the cast but it is unknown the role he will be depicting in the biopic. It is rumored he will play the band’s manager or possibly a character radio host.

The cast is on a rigorous musical and physical appearance training schedule. Malek is said to feel he is truly looking back in the mirror at Mercury which is an incredible feeling for an actor. It seems the disruption of their former director will clear up any unecessary drama out of the production making is possible for the cast and crew to move forward in a cohesive manner.

We anticipate the direction this film will go with Singer’s recent dismissal.