Every year in the heart of Detroit, more specifically Hart Plaza, there is an electronic music festival that attracts people from all over the world. Movement as it is known, has become the destination for electronic music fans who love the local Detroit legends as well as the illustrious artists of today.

Since the start of the century Detroit has been a foundation for electronic artists and has attracted an impressive fan base. Movement Festival’s predecessor DEMF (Detroit Electronic Music Festival) kicked things off in the year 2000 and over 1 million people attended this first techno festival. Movement became the staple for Detroit electronic music events in 2006, and despite confusion and controversy surrounding the evolution of the event (and it’s name), attendance has been steadily growing for years.

Phase two of the lineup has been announced and we will keep you updated then the schedule is updated. 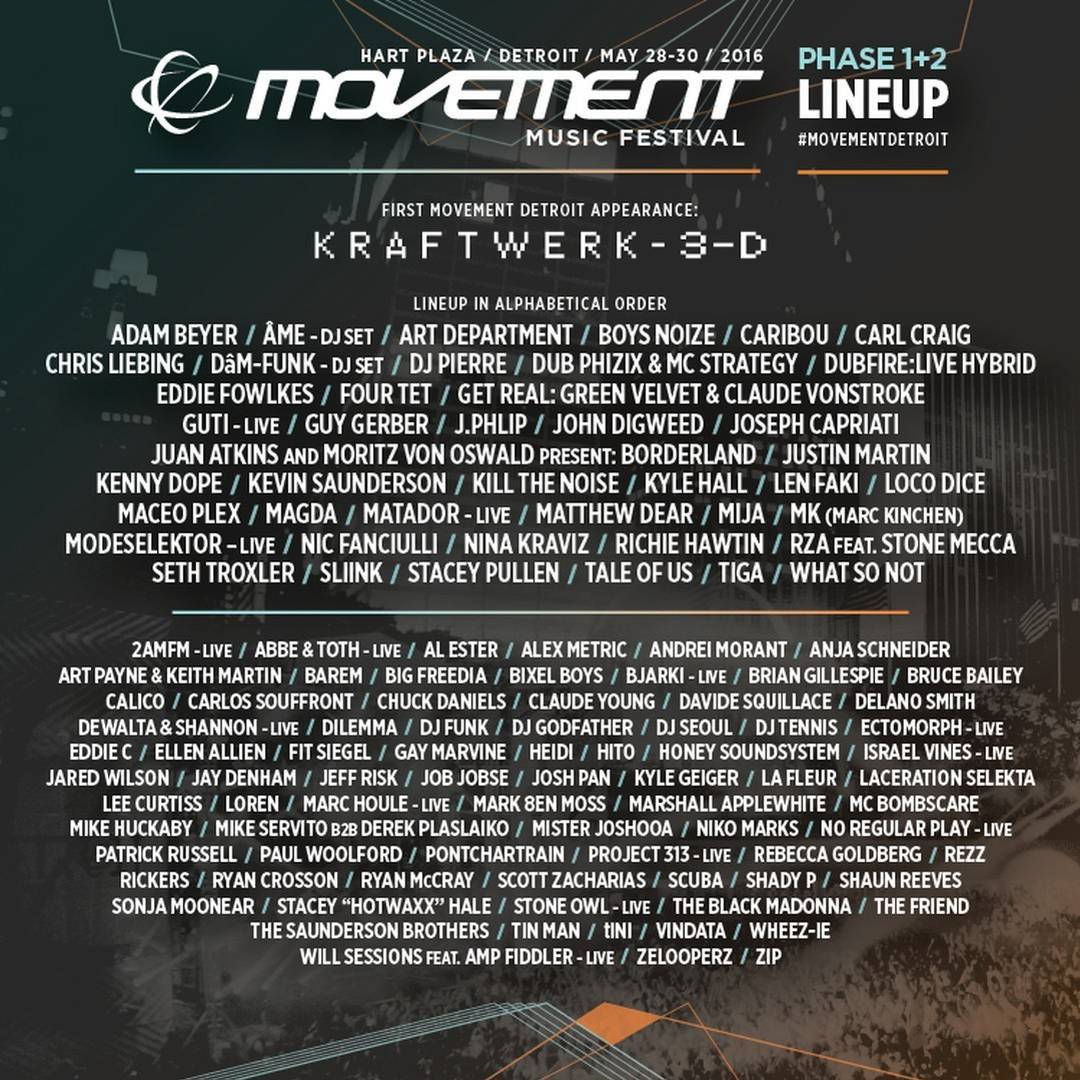 The 10 Best Music Festivals in Michigan You Can't Miss

The 4 Best Music Festivals in Washington State (Plus Honorable Mentions)