The hunt for the best earbuds you can find will usually end with a compromise for a pair of basic earbuds from apple, or maybe you sprung for something like a pair of Skullcandy or Bose earbuds. We all look for that product that sticks out with amazing quality but also is not bulky and just generally appealing. Fortunately enough we got the opportunity to look at such a product from Status Audio. We’re going to take a look at their set of earbuds, the IEM 2X.

Status Audio itself was started in 2013 in Brooklyn, New York by James Bertuzzi. It later formed into the full fledge company that you can see today. To keep the price as low as possible for the consumer, they cut out the middle-man so that people won’t have to pay any jacked prices that involve handling fees. On top of earbuds, they also have a pair of checkout our closed back studio monitors as well as a pair of bluetooth headphones that are coming soon. All of their products are able to be purchased directly through their website that you can find here or on Amazon.

We’ll work through the specs and what the website has to offer regarding the information about the IEM 2X, and then move on to my opinion after spending a few days listening through them.

So if you look through the website, you get to see that Status really tricked these things out. The cable itself is wrapped with a braided cable material that is extremely flexible and I don’t see it causing or allowing any breaks in the signal at all. The body of the earbuds is made out of a machined aluminum that is super durable and looks great. On top of the shell, there are 2 color options which are the Gunmetal and Black. Personally, I love the look of the Gunmetal, it just seems to stick out more to me. 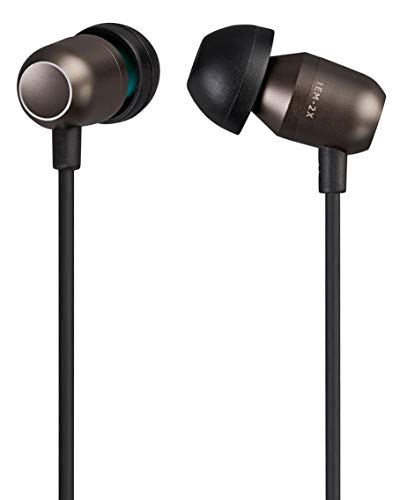 Moving on, the IEM 2X's have the 9 mm dynamic driver, which is the same type of driver used in hearing aids as well as in ear monitors. Mixed in is a balanced armature driver geared towards giving an overall even sound. Thanks to these drivers, the earbuds have a range of 20 Hz to 40 kHz and run with a power of 18 ohms.

On the wire connecting the earbuds, there is a 3 button remote with a play/pause, volume plus, and volume minus buttons. It works the same as the remote on a set of Apple earbuds, so you can double tap the play/pause button to skip to the next song as well. Contained on the remote as well is a microphone so that you can make and answer calls without having to remove the earbuds. At the end is the 3.5 mm (⅛ in.) plug so that it is compatible with your phone or computer. 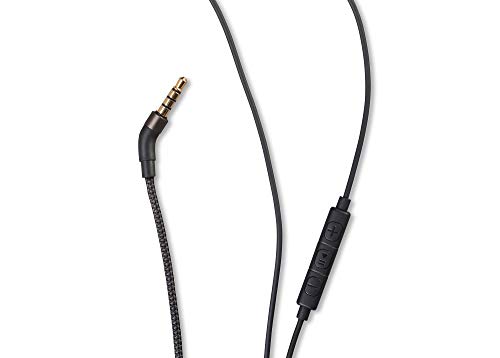 Two last items that are included with the earbuds are 3 tip size options to find the best fit for your ears, as well as a small carrying case so you do not get them knotted up in your pocket.

Before we go into this, I’m going to explain what I listened to and how I listened to it. I listened in 3 different ways, I went straight out of my iPhone and Macbook for the first two. The third way I listened was out of a Scarlett 2i2 through the headphone jack with a quarter inch to ⅛ inch adapter. I listened to different genres and bands to try to scope out the overall sound and see how the earbuds responded. I listened to jazz music such as Esperanza Spalding with songs like “Rest in Pleasure” which has some experimental vocal parts involving layering and had some amazing musicianship. I touched on some pop/motown stylings from Amy Winehouse’s Back to Black: B-sides with songs such as “Valerie” which holds a beautiful raw sound. Mixed in with other genres such as metal from bands like Avenged Sevenfold, as well as some mellow vibing music from John Mayer.

So the first thing I noticed about the earbuds when I opened them up was the sleek look of the earbuds overall as well as the durable looking braided cable. The one aspect I did not like when I first looked the IEM- 2X’s over was the 3.5 mm tip which is designed to have a slight bend at about a 45 degree angle (a purposeful design not a defect, I am clarifying so it doesn’t sound like I received a damaged product).

After taking a look at which tip size would be best suited for my ears, I plugged them straight into my phone and hit play on spotify. And I have to say, the first thing I noticed was the clarity in the mid to high range. Which after looking at the specs for the frequency response range, I am not surprised at all with the responsiveness in the high range reaching all the way to 40 kHz. These earbuds definitely delivered all that Status promises on their site. At first I did not hear a good representation in the low end but then after a while of listening to them and getting used to the sound, I started hearing the kick and bass stick out a little more and very clearly. It was not overpowering like most headphones are today. The common sound for earbuds or headphones is a larger responsiveness in the low frequency ranges to give a powerful low end, but the IEM 2X provided a clean and crisp sound that represented everything fairly equally in my opinion.

Listening on these earbuds leaves me more than satisfied as they provide a great representation of what I believe the final mix in the studio sounded like when the artist was originally listening. I really cannot stress enough how clear the mixes sound listening through these earbuds. As stated before, the drivers they use are designed for in ear monitors as well as hearing aids. For hearing aids, you want to have the clearest sound possible in the mids as that is where the human voice register is. I believe they made an excellent choice in the materials for this product. Personally, I believe the IEM 2X  is worth every penny of the $49 and maybe even more. I applaud this company for providing an amazing product at a competitive price.