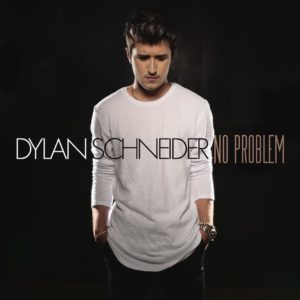 Interscope Records, founded in Santa Monica, California has produced hits for the world’s most notable artists for almost three decades. In 2016, Interscope stepped into the heart of country music opening its first ever Nashville division. The Nashville divison’s plan was to house country singer songwriters. With a couple years of in studio time and several showcases, Interscope released the label’s first single “No Problem” by Dylan Schneider.

Dylan Schneider, an 18 year old from Terre Haute, Indiana has been self producing music on his own for years and even had two top twenty EP’s on billboard before he ever signed to a label. It was a fine choice on Interscope’s behalf to choose Dylan Schneider for their first, highly-anticipated single.

“No Problem” has a country, rock, pop feel that translates to many music listeners. This sound makes sense since Dylan’s major influences have been Sam Hunt, Florida Georgia Line, as well as traditional country artists like George Strait. It’s so satisfying to see young songwriters putting out their own music and having the support from a major label like Interscope Nashville.

Schneider’s management team which consists of Joey Russ and Sean Pace plans to continue the social media following and streaming aspects of this single before taking it to mainstream radio. With Youtube plays, spotify, and itunes streaming this hit in massive numbers their team plans to release a full EP in the spring which will feature “No Problem” which released on November 24th, 2017  along with other tracks that will be perfected over the next few months.

Sean Pace discovered Dylan singing country covers deep into the YouTube pages. Pace knew right away he wanted to work with Dylan but first had to have a sit down with Dylan’s parents, he was 16 at the time. Even though Interscope has signed many country artists in the past the Nashville division strongly feels that they are letting the artists evolve the label and not the other way around. Interscope understands how technology and social media has influenced how musicians become stars. Artists nowadays can walk into a production with a major internet following from all over the world without ever setting foot in a studio or any formal training. As consumers we love seeing these stories happen numerous times a year. Other artists signed to Interscope Nashville include Kassi Ashton and The Band Perry are the only names being released at this time.

How to Make 8-Bit Music

Songtradr Review: Is it Good Platform for Music Licensing?

The Best Motherboard for Music Production